So you have decided to get a Border Jack or maybe you already have one and are just interested to get a complete understanding of it, right? Then you are exactly at the right place! So, what is a Border Jack?

A Border Jack is a hybrid dog with a height of 16-22 inches and a weight of 22-32 pounds. It is developed by crossing a Border Collie with a Jack Russell Terrier and since it’s a hybrid dog, it will inherit the personalities and behavior of both of its parent breeds.

Usually, it is believed that the Border Jack hybrid originated in the United States.

But the Border Jack is a recently developed breed so there isn’t any clear history of it. However, both of its parent breeds have detailed historical backgrounds.

Now to understand Border Jack, let’s take a closer look at both of its parent breeds.

The Border Collie is a dog breed that originated in England. It is described as the best sheepherder dog in the world. Due to its stalking and eye contact ability, it can herd livestock.

It is a highly intelligent, energetic, and athletic dog. If you don’t train this dog properly, then it can even try and herd you.

The Jack Russell Terrier is a dog breed that has its origin in England. It was originally bred by Jack Russell in the 19th century, who was a British priest.

It is actually the cross-breed of numerous Terrier breeds along with some Daschund roots.

In terms of temperament, this dog is intelligent, energetic, fearless, and athletic.

This dog is a hunting breed type dog and its main job was to catch rats.

To keep a Jack Russell Terrier fit and healthy, regular exercise is needed.

The Border Jack can inherit temperament-related traits from either or both of its parent breeds. Whatever the case, here are some qualities that you will most likely notice in Border Jacks:

Border Jacks aren’t usually aggressive and they are very active and playful dogs thus being suitable for active families. However, it’s not recommended to have Border Jacks if you have small kids because sometimes their play can be rough.

The parents of Border Jack, the Border Collie and The Jack Russell Terrier are both known for having high energy. So their offspring, Border Jack, is not different from them.

Border Jack is a smart, fearless dog with a hunting heritage.

Now, although they are quite playful and friendly to humans, it is important to note they won’t tolerate any kind of harsh behavior.

As a Border Jack owner, it will become necessary for you to supervise your small kids around the house whether or not they get exposed to the Border Jack especially because of their hyperactive nature.

Are Border Jacks Good with Cats? 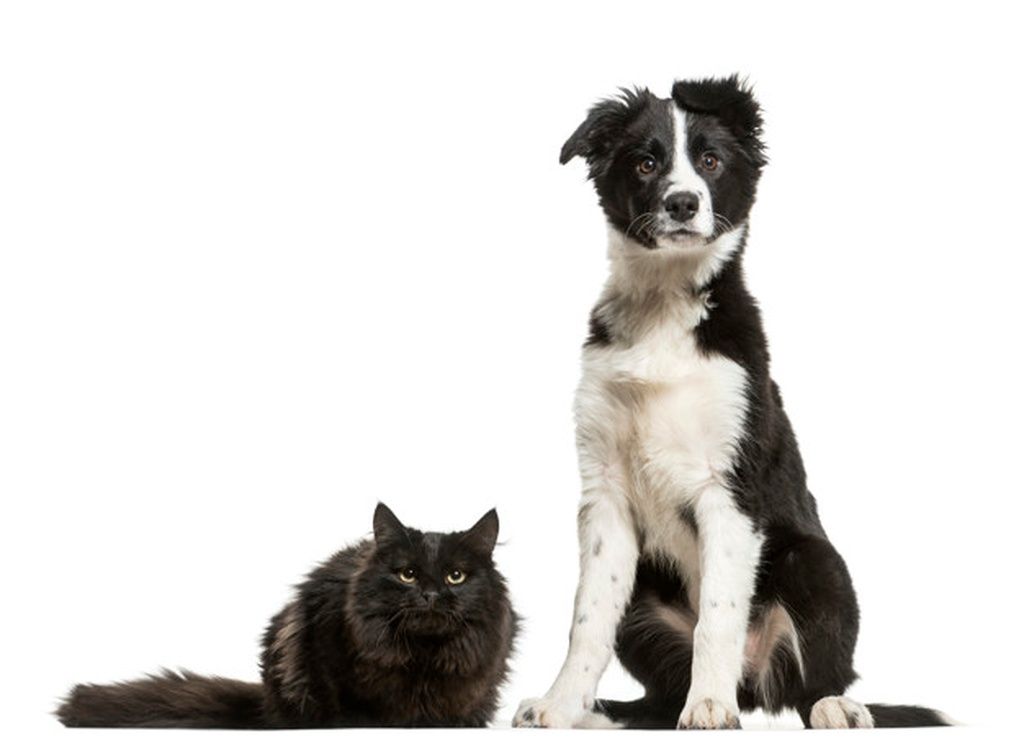 Border Jacks aren’t compatible with cats because they inherit a strong prey drive and herding instincts. While they may get along with cats if they are raised with other animals like cats from their puppyhood and socialized, it is still not recommended to keep them with other pets.

Border Jack actually combines the natural herding abilities of a Border Collie and also the energy level of a Jack Russel. And although this makes them great as farm dogs, it’s not so ideal for keeping them with other household pets.

If they aren’t raised from their puppyhood with other animals then it’s not recommended to keep them with other pets such as cats.

How Long Do Border Jacks Live?

In general, the lifespan of Border Jack is 12-15 years. Both the parent breeds of a Border Jack, the Border Collie and the Jack Russell Terrier are healthy breeds. Your Border Jack is also expected to live a relatively healthy long life.

Considering any mixed breed dog, it is hard to expect what conditions they will likely develop. Usually, crossbreeds are healthier as compared to pedigrees but there’s no complete guarantee.

Also, note that there can be many breed-specific conditions, but not all hybrids will inherit them.

The best way and probably the only way to determine what health problems a Border Jack may encounter is to look at the common health problems of both of its parent breeds.

Let’s have a look at some health problems of Border Collies and the Jack Russell Terriers:

So as you may have noticed in the table, the Border Collies, as well as the Jack Russell Terrier, do share some common health issues.

Now, most of these conditions might not be fatal but they can be difficult and expensive for you to treat.

But you don’t need to worry much. As long as you monitor your Border Jack’s health and give it the right conditions, your Border Jack will most likely stay healthy and fit without any health problems.

How Big Do Border Jacks Get?

Border Jack is a medium-sized breed. A full-grown Border Jack can grow up to a height of up to 16-22 inches and weigh around 22-32 pounds.

Here’s one important thing to note: It becomes hard to predict what the Border Jack will exactly look like because it is a mix of two breeds. And whenever two breeds are mixed, the appearance of the offspring becomes unpredictable.

The offspring can either inherit traits from one of the parents or both.

In general, it can be said that Border Jacks are smaller than the Border Collie but bigger compared to Jack Russell Terrier.

Let’s have a look at each individual parent breed so that we can have an idea of what we should expect.

When Do Border Jacks Stop Growing?

Border Jacks will reach their full-sized framework between 12 and 15 months old. However, they won’t reach their complete required full weight until they are closer to 18 months old.

Generally, most canines reach their complete size when they are about 12-18 months old. But this range may vary. For instance, it can take longer for some of the largest breeds to complete growing.

Whereas some breeds may reach the full-frame within the first 6 months, it may take a longer time for the rest of their body to catch up.

Also, to know whether or not your Border Jack puppy is maturing, here are some signs that you should look at: Border Jack is a moderate level shredder so they will require moderate grooming and brushing as a result. As a general rule, a Border Jack should be brushed at least twice a week and you should bathe it only when needed.

You will have to check the ears of a Border Jack and clean as per the needs at least twice a week in order to reduce the chances of infection.

It’s also become important to have your Border Jack undergo regular and routine eye checkups so that it doesn’t get affected by any eye problems. Also, regular teeth examination and cleaning will be needed.

Their diet should include dry dog foods. 1.5 – 2 cups of food per day is generally the recommended feeding quantity.

As a Border Jack owner, you should give your dog nutrient-packed, good-quality dog foods that will support their everyday activity. You will have to look for high-quality dry kibble that is designed specifically for your Border Jack type dogs and you need to make sure that they have enough vitamins and minerals.

In order to avoid stomach issues and skin allergies, you should also include Fish Oil in your Border Jack’s diet.

Border Jacks are hybrid of two active dog breeds. So you can expect a heavy-exercise-demanding routine for this dog.

Note that Border Jack has a working pedigree so you have to keep it well exercised and mentally activate.

You will have to spend almost two to three hours on a daily basis for the purpose of your Border Jack’s exercise so that you can ensure their energy is exercised off.

Remember, if you are not able to give them proper exercise and don’t expend their energy then it will likely take it out in your home and to your family members.

You can take them for daily walks but you can also supplement this with interactive dog toys and let your dog get involved in games such as flywheel.

Border Jack is an intelligent dog breed and it loves learning. So they will adapt well to all sorts of training forms and they will easily understand the new tricks with just a few repetitions.

However, they can inherit the strong will of a Jack Russell so patience and consistency will be required.

If you reinforce them positively and give them treats as and when required then you can get success in taming their stubbornness.

Getting a Border Jack

Although most breeders develop pure-breed dogs, it may not be that difficult for you to look for Border Jack puppies for sale or adoption as long as you know where you are supposed to find them.

If you are getting the new puppy from a breeder it is important to confirm whether they offer genetic testing to ensure the health of the puppy you chose.

If you decide not to get Border Jack puppies from a breeder then you can adopt one from a reputable Border Jack rescue center.

In short, Border Jacks are nice dog breeds that are active, energetic, intelligent, and suitable for active families.

Although they like to live independently, socializing them early and training them can make them a perfect fit as your home pet dog. Contents1 Stay Close to Your Dog 2 Give Your Dog a Comfortable Place to Rest 3 Give Your Dog a Quiet Space 4 Comfort Your Dog With Quiet Conversation 5 Pet or Hold Your Dog  For most dog owners, the dog within their home becomes less of a pet, and more of a family member over the years. Dogs…